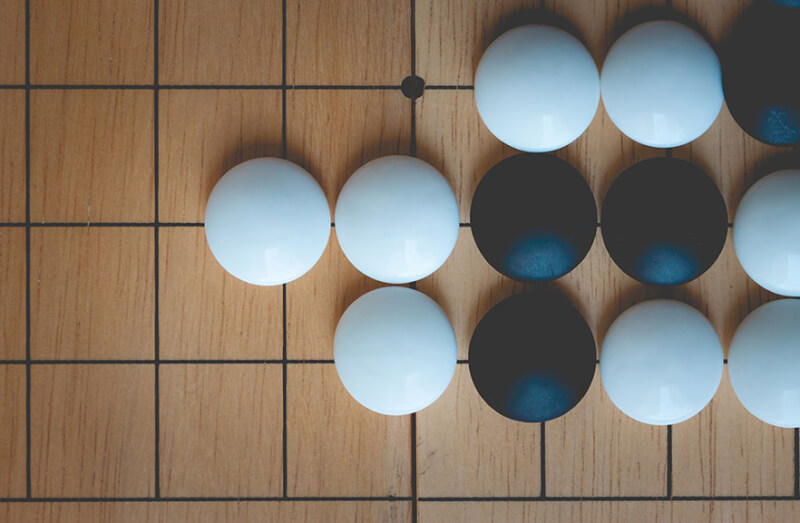 The victory of Google’s Alpha Go deepmind software over South Korean go-champion Lee Sedol does not only herald the next round of the industrial revolution. According to IT expert Carsten Kraus, the resulting superiority of Deep Neural Networks (DNNs) over human intelligence may even mark the end of all upheavals. This interview was originally published in the German magazine “e-Commerce News”.

AI has won against mankind in many different games before. What is so special about AlphaGo?

What’s new is that AlphaGo has learned the game strategy on its own. IBM Deep Blue’s victory over Kasparov in chess was a victory for ingenious programmers combined with superior computing power. AlphaGo, on the other hand, has made its progress since October – when it won against the European champion – by playing against itself and learning from it. This is the new capability of Deep Neural Networks (DNNs). In other games, DNNs have already proven how much self-reliant their learning has become: for example, Space Invaders, where DNNs became a master player just by “looking at” the screen pixels and playing around with joystick movements.

Why was it assumed that mankind was hopelessly superior to artificial intelligence, so to speak?

Go was considered invincible by computers because strong play is based on many levels of abstraction patterns – just like real life. Players are only aware of these patterns to a lesser extent, a great deal is intuition. No one could comprehensively grasp these patterns, so they could not be taught to computers. Not that you haven’t tried: In 1985, the Taiwanese Ing-Foundation awarded a prize money of 40 million Taiwanese Dollars, which was more than 1 million US Dollars at that time, for a software that plays 1 Dan, the lowest professional level. The award was valid until 2000, but at the beginning of the new millennium – four years after Deep Blue’s victory over Kasparov – Go programs were still playing at a low club level.

A few months ago, AlphaGo already won against the European Champion. The victory against Lee Sedol only sounds like a small step forward. In reality, progress is enormous. In Go, the differences in skill are huge: If the European champion plays 100 games against Lee Sedol, he probably won’t win a single game.

Carsten Kraus is an active Go player himself

In all its complexity of abstraction layers, Go is a game with simple rules, simple actions and quick feedback. Feedback is essential for DNNs to learn. Real life is much more complex, there are various kinds of inputs and outputs, and feedback can take time and be ambiguous rather than “win/lose”.

So, this is all just science with no practical meaning?

DNNs have already provided breakthroughs in a number of practical applications, the most prominent one being speech recognition – without DNNs, Siri would never have been possible.

What will be next?

A “game” which is very complex, but has very simple input and output and a clear measurement of success, is the stock market. Man-designed Algorithmic Trading is already there, but DNNs will take over soon. Combine deepbrain’s algorithmic learning with the text understanding of IBM’s #Watson, and computers outsmart Warren Buffet within the next few years. Humans will never take back control again.

Then Google will make the big money instead of Warren Buffet. Most people don’t trade in stocks. Why should we care?

Money rules the world. If you control money, you can control people, industries, and countries. (See novel “a trillion dollars” by Andreas Eschbach). Nietzsche says that our general moral concepts are not “human nature”, but have been learned for centuries, in which the penalties for theft, fraud or killing were very drastic. If Nietzsche is right, which I think is quite possible, then autonomously learning DNNs can come up with completely different moral concepts. The software could find out that it makes more profit by playing lazily, first driving companies to the brink of ruin and then buying them cheaply. For the employees, this can threaten their existence. For the software it is still a game.

Will computers ever be creative?

I believe so. The AlphaGo style of playing is considered “creative” by leading Go players. However, it is still a long way from Go creativity to the fact that computers independently invent real things. In the next stage of development, autonomous scientific (secondary) research will come; only later will computers be able to think through simple things like a corkscrew on their own initiative and invent a better one. For the real world, computers have to understand a lot of things that we unconsciously learn in infancy. In one of my lectures on the topic of “semantic search” I explained this in more detail.

When will computers take over the world?

I think 2035 – if we let them. Because even if our days are counted as the most advanced intelligence on this planet, we do not necessarily have to give up our position as the dominant species. Wise political decisions are needed now. And fast.

What would be the most important and hastiest political decision to be taken now?

As indicated above, I see a great danger in Deep Neural Networks taking over the stock market and no longer giving back control to people. Preventing this with appropriate legislation is not easy though, because what one country prohibits, another one will allow, and the machines then evade there. One approach could be that, in order to protect themselves, individual companies would only allow their shares to be traded via floor trading, and no longer via electronic trading platforms. Then the influence would at least only be indirect, not direct.

Published in Industry Insights and Uncategorized