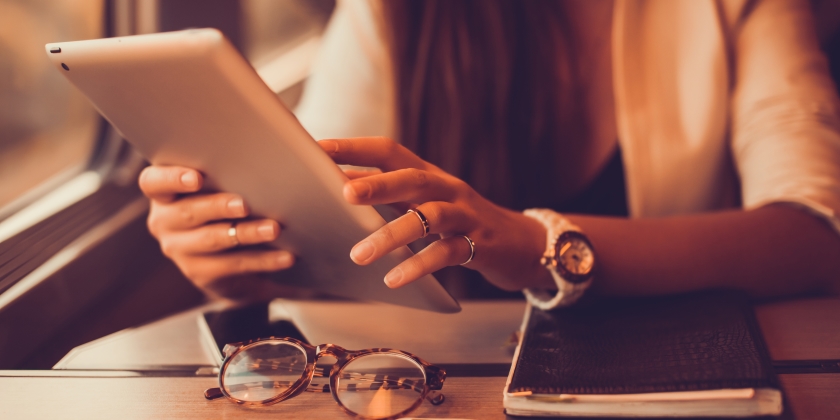 German Retail Convention 2013: The future belongs to retailers with a cross channel strategy.

“Smart Retail – binding customers on all channels”. This was the motto of the German Retail Convention 2013, one of the most important conferences of the German trade branch. On the 20th and 21st of November in Berlin, more than 80 keynote speakers and industry experts illustrated topical strategic retail issues to more than 1000 attendees – in lectures as well as in strategic forums.

Nowadays it is the Customer who decides when and where he buys – whether it is for example on the PC at home, via smartphone in the tram or in brick and mortar stores. In terms of profitable, sustainable strategies for the near future, the retail experts are sure: Merchants should concentrate on binding customers by seamlessly connecting all sales channels.

Mark Sievers, Head of Consumer Markets at KPMG Germany, mentioned that merchants have to seek success comprehensively – by connecting stationary and online distribution.

However, realizing a multi- or cross channel strategy usually is a big challenge for both: online pure players and brick and mortar retailers. But the top-class public at the convention – mostly consisting of decision makers and company owners – got practical recommendations from the speakers. Some characteristic topics were:

A special highlight was the lecture of Federal Chancellor Angela Merkel: She spoke together with Josef Sanktjohanser, president of the German Retail Federation (HDE), on the topic “Germany has elected – expectations of the retail industry to the new federal government”. For example, Merkel notified to the audience that an economic environment will be established in which grocery retail can develop well – amongst others this shall be achieved through investments in the German traffic infrastructure.

Minimum wage was also an important topic in Merkel’s speech. Here, you watch an extract (German):


Parallely to the German Retail Convention, the Retail World trade fair took place, providing an ideal setting for the exhibitioners to network with visitors and to attract new customers. The FACT-Finder team was also there. At our booth, we were glad to meet many of our existing customers and representatives from top consulting companies like PwC, BCG and McKinsey.

Decision makers from retail visiting our booth were primarily interested in how they can connect the requirements of the different sales channels – for example displaying individual prices from different brick and mortar stores in the online shop. Another main topic was how gathered customer data can be used most efficiently through all channels in order to individualize the own offer and thereby increase cross channel sales.

Visits from many customers, lectures from top retail experts and highly interesting talks – all in all we had a great time at the German Retail Convention, looking forward to attending this event also in 2014.

Speak to a FactFinder expert