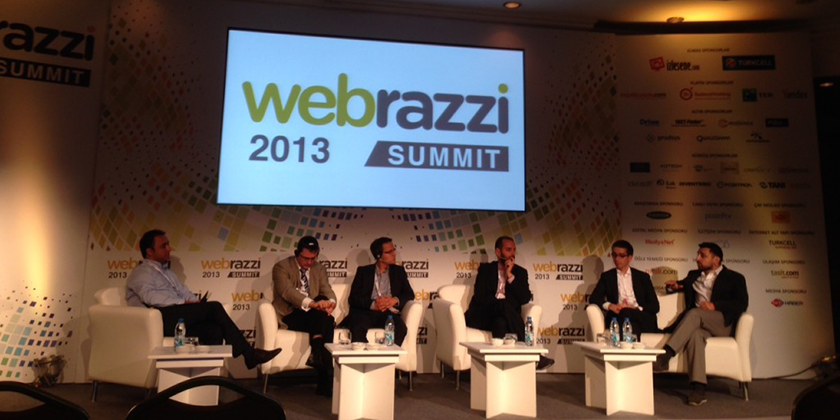 More top e-commerce managers than ever at Webrazzi Summit 2013

With first-time 1500 visitors, 40 talks and 70 speakers, the Webrazzi Summit 2013 on 25th September confirmed its position as the most important e-commerce conference of Turkey. Also to the fourth edition – the prelude was in 2010 – came in particular top decision-makers from the online trading to Istanbul. In the foreground were in addition to e-commerce the topics social media, digital marketing and mobile applications.

The panel discussions were particularly well received by the visitors. Therein, industry experts and users gave live-insights into current and future business trends – for example new payment systems, online advertising or behavioral targeting. Here, the audience could actively participate with questions. How is it possible to identify individual customer requirements already during the current purchase process? And how can the online conversion be increased on the basis of this information? Both were central issues in the panel discussion on “Mystery Conversion Algorithm with Huge Knowledge”, in which also Andreas Wagner, Product Manager at FACT-Finder, and Erol Yöndem, Exclusive Partner of FACT-Finder and Prudsys, took part.

FACT-Finder was also present as an exhibitor at this year’s Webrazzi Summit – together with our partner Prudsys AG, Europe’s leading provider of personalisation software. Both visited our exhibition booth – contacts we already knew as well as eCommerce Manager, who made one thing in particular curious: How interest-based sales can be increased with Data Driven Commerce. On this basis, numerous discussions arised and we are glad about many new contacts.

With a population which is to 70% under 34 years old, the Turkish e-commerce has a huge market potential. Erol Yöndem says: “In 2017, Turkey will be on 5th rank of the most important e-commerce markets in Europe. Therefore, it is important to place early enough.”

By now we are interested to see how Webrazzi Summit increases further in 2014 – we will report.