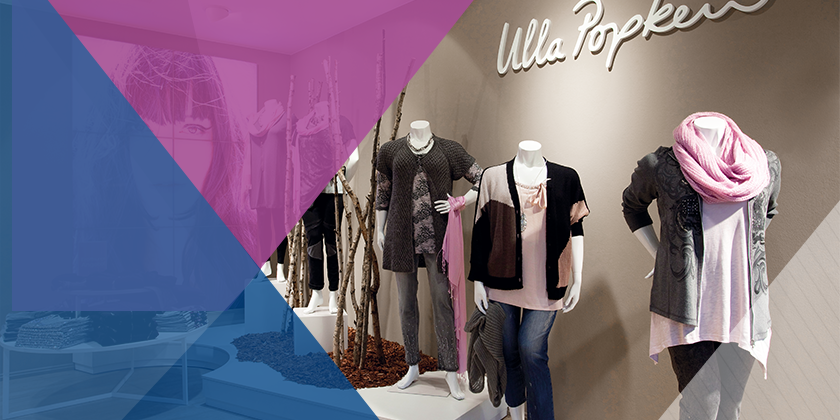 The same question pops up all the time for retailers: how can you improve your online shop as quickly and efficiently as possible? This question is especially prevalent for retailers that sell products internationally and control several shops centrally from one country. As a prime example, we have the Popken Fashion Group, which sells across their four brands Ulla Popken, GINA LAURA, Studio Untold and JP1880 in more than 25 online shops worldwide.

By integrating FACT-Finder, this online clothing retailer had already achieved both better search results and a drastic reduction in indexing times (read the success story here), especially in their German-speaking shops. Their strategic focus for 2020 decided to utilize the untapped potential of their international shops… but where to begin?

With this important question in mind, the Popken team decided to place their trust in FACT-Finder Consulting. After an in-depth review, it was decided to initially concentrate on some quick wins to get the ball rolling across three online shops during a two-day pilot workshop: the Dutch and Polish Ulla Popken shop along with the German shop, Gina Laura. The consultants focused on measures that could be implemented quickly and with measurable effectiveness. The tactics, if successful, could later be scaled to other countries.

Since FACT-Finder was already in use across all online shops, the search bar delivered good results in most cases. It was therefore a matter of making small, yet powerful, adjustments to really finetune the experience for customers. All of these changes were implemented via one central point within the FACT-Finder backend.

To begin, consulting compared the 50 most popular keywords searched for in the online shops along with the average conversion and exit rate of the respective channels. In each of the shops examined, five to ten keywords emerged that did not perform as they should – that is, they had a conversion rate that was too low or an exit rate that was too high.

A common reason for this is when certain products can be described with several search terms. For example, sweaters can also be referred to as pullovers, which also happens to be the case in Polish. In the product data, however, sweaters were only described as pullovers. As a result, someone searching for a “sweater” did not find what they were looking for. By using the FACT-Finder synonym feature, search results were drastically improved in such cases. The conversion rate for the search term “sweater” rose from 0.0 to 16.67 percent; in a similar case, the conversion for “leggings” rose from 0.0 to 15.38 percent after optimization.

Another case that was looked at was the search term “lingerie” in the Dutch channel. The German translation is generally “women’s underwear,” but someone searching for “lingerie” is much more likely to be looking for the more sexy variety. As such, everyday underwear shouldn’t appear at the top of the list of results. The results were optimized so that the search in this case only shows lingerie-type underwear. Since this meets customers’ expectations much better, the conversion rate for this term increased significantly: from 3.33 percent to 10.53 percent.

After the e-commerce consultation was complete, the search conversion rate across all three channels rose by an average of 42 percent. In line with these findings, the average sales per search query also increased: by 20 percent in the Dutch channel and by 33 percent in the Polish channel.

There was also a noticeable improvement in overall performance of the online shops involved. Fast search times are particularly important on mobile devices for customers who like to shop on their smartphones and might not have WiFi available. The faster the search results appear, the higher the likelihood that customers will buy even with a restricted connection.

To optimize performance, FACT-Finder consultants took a closer look at the field weighting of the various channels and found seven fields that are important as filters but are hardly relevant to the search – including hexadecimal codes for colors. After we excluded these fields from the search, the average search time in the Dutch channel improved from 44 to 32 milliseconds. In the Polish channel, it improved from 53 to 30 milliseconds. And for one-word searches, which accounts for a full 70 percent of all searches in the Polish shop, the search time was cut nearly in half: from 59 to 30 milliseconds.

“Optimizing three of our online shops in a two-day e-commerce consulting workshop was an ambitious goal. The results speak for themselves, however, because we increased the search conversion rate by an average of 42 percent in all three channels. We also saw significant improvements in search times, CTRs and exit rates. The workshop’s ROI was thus achieved within hours. We are very satisfied and will work even more closely with FACT-Finder Consulting in the future.”

Having seen the results from this two day workshop, the next steps for the Ulla Popken team are clear: they want to conduct another e-commerce consulting workshop in order to optimize their French and Spanish channels following the same procedure. Then the other shops will follow until all low-hanging fruits are collected.

From there, the plan would be to use more complex levers such as product listing strategies to tap into further sales potential, especially in the channels that have already been optimized, such as the German Ulla Popken channel. Workshops have already been scheduled to achieve even more with FACT-Finder.

Our e-commerce consulting was created for online retailers who want to get the maximum sales and conversion out of their shops with the least amount of time and personnel. Shop operators retain full flexibility in their decisions at all times: whether your customers’ preferences change, you adapt your product range to seasonal trends, or you’d like to set up new sales processes – our experts are with you every step of the way and for as long as you need them. You can achieve quick ROI with our e-commerce consulting team because we help you to simplify or even automate frequently recurring shop processes. This will relieve your own staff and allow you to concentrate more on your core business.

Want to learn more about what our consultants can do for your online business? Get in touch using the form below.